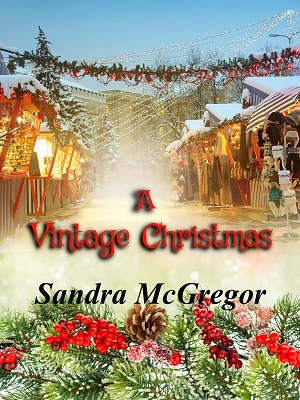 Ellie Montgomery has the dubious distinction of being the first woman mayor of Vintage, Georgia, not to mention the youngest mayor the town has ever had. She’s looking forward to the upcoming Christmas Parade and having the honor of riding in the town’s 1904 Ford—the very vehicle that had carried the town’s mayors for the past ninety-nine years. Every small town can use publicity to stimulate tourism and the town of Vintage, nestled in the north-Georgia hills, is no exception. The Centennial parade is planned, the press has been alerted, and Guinness Book of World Records will be attending to document the car’s 100th trip down Main Street. Then she learns that Jason Harris, her former fiancee and the man who cheated on her and then skipped town without a word, is in Vintage for the holidays. All she has to do is avoid him for a few weeks and then life can get back to normal. Easy. What could possibly go wrong?

Jason Harris, former high school football star and prom king, is in town to visit his parents for a month after a year in Afghanistan. Jason knows he’ll probably run into Ellie, the former love of his life, but visiting his parents is a priority. It still rankles that she left for college ten years earlier without a backward glance, but the biggest jolt came right after he graduated from college. Ellie not only went to a different college than they had planned to attend together, but right after graduation, she married another man. That’s when he had accepted that their relationship was truly over. A couple years later he heard she had been widowed, returned to Vintage to run the inherited book store, and eventually became the town’s mayor, but by then, he was already a pilot in the United States Air Force. The two of them were a thing of the past—weren’t they? His current plan is to avoid her and leave town immediately after Christmas.

When the vintage Ford is stolen, Jason and Ellie find themselves working together to track down the heirloom and come up with a fall-back plan for drawing attention to their little town if the car is never found. Will they get a second chance at love? It’ll take a Christmas miracle. 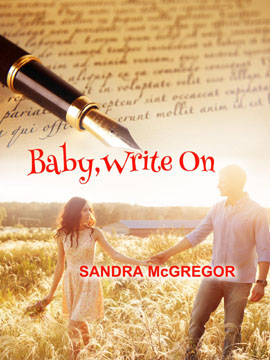 The quaint southern town of Sweetness, GA is a perfect fit for Rebekah James. As a budding novelist and school teacher, she's inspired to increase the number of books available in the library. What better way than for the town to host a reader's luncheon and invite neighboring towns to meet Gerogia authors, buy books , and, thereby, raise money for the library? Of course, the easy path would be to just let her father write a check, but she's had enough of his going behind her back and taking charge without consulting her. She'll reach the goal without his interference and with a little luck, find a man who will love her and not her father's last name and influence---one who will give her a couple of children and a little house in the country.

Husdson Walker works for his cousins, the Armstrong brothers, framing homes while he rests from a NY Tmes bestselling writing career. Secrets are hard to keep in a small town, but he's successful---until the little schoolmarm invites the world to Sweetness and some readers recognize him. But, his notoriety is only one secret hs's been keeping. He's falling for Miss Becca, but can their budding relationship survive his going behind her back to help?

The quaint southern town of Sweetness, GA is a perfect fit for Abby Chandler. Everyone knows she makes the best pies in the state, but even the small-town grapevine doesn’t know everything. There’s a past just waiting to ruin her new life—and her new chance at love.

Brock Alexander works for the Armstrong brothers, surveying to build family homes, something a confirmed bachelor, like himself, doesn’t need—or want. He doesn’t know how to be a good husband and definitely not a father. After hearing his mother’s lies and seeing her weakness when choosing to remain with an abusive husband, can he move on? Can he learn to trust enough to find love and have a family of his own?

Where Love is Always the Answer